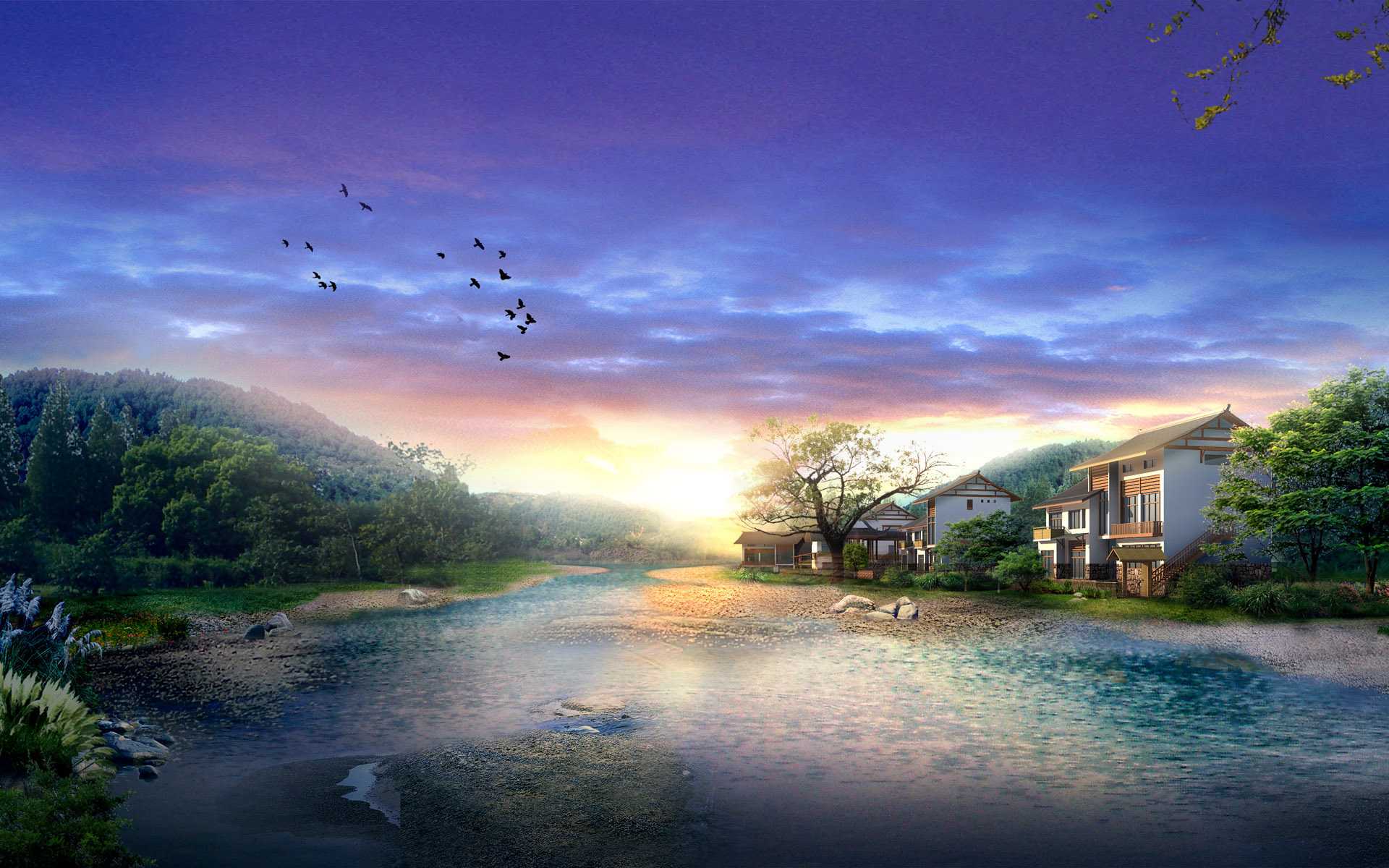 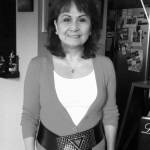 Good morning Remy! I trust your day will be filled with many blessings.

1601930527
Thank you for the wish, Diane! Yes, the feeling of having one's life filled with blessings from GOD, is so amazing. I can't thank enough GOD for what He had done with my life, and because of this, the more I am loyal and faithful to GOD Almighty, creator of heaven and earth.
· 0 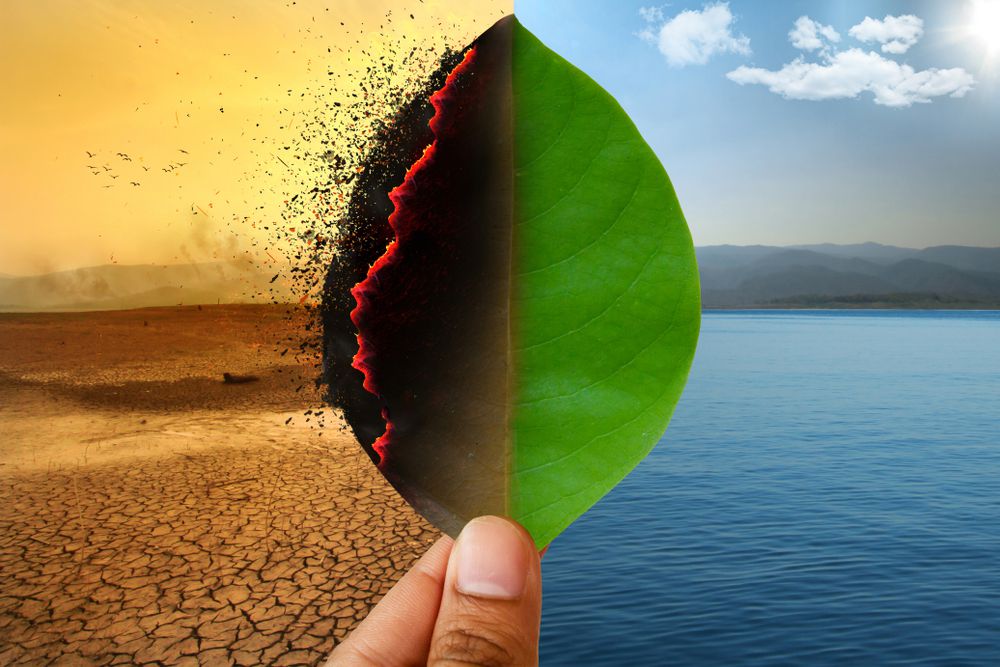 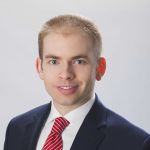 
THE ALLAH OF THE QURAN AND THE GOD OF BIBLE ARE NOT THE SAME... DO NOT BE MISLED!!
Geri Ungurean | December 23, 2014
by NTEB Feature Story Contributor Geri Ungurean


PASTOR RICK WARREN AND HIS FOLLOWERS INTRODUCED CHRISLAM TO THE WORLD.

We watched in horror as an Muslim Imam was ushered into the House of Representatives to pray and give a blessing. We saw our representatives bow their heads to Allah. The same week, we saw Muslims hold a service in The National Cathedral in Washington, D.C.

Be assured that these two events are not random. They are calculated by the devil himself. It’s his plan, in these last days, to convince the world that the God of Abraham, Isaac and Jacob, and Allah, are one and the same. NOT!!!

Let’s look at the God of the Bible and Allah. It’s important for us to be able to explain the truth to others, when so many are being deceived. First of all, our God is a Triune God. Father, Son and Holy Spirit. Look at this passage from the Old Testament:
“And God said, Let us make man in our image, after our likeness: and let them have dominion over the fish of the sea, and over the fowl of the air, and over the cattle, and over all the earth, and over every creeping thing that creepeth upon the earth.” (Genesis 1:26).

God was telling us from the beginning that He is Triune! I wonder how I missed this as a Jewish child growing up in the synagogue. I wonder even more how the rabbis explain this.

The moon god of Islam has nothing in common with the God of Abraham, Issac and Jacob. One day, Mohammed will bow down and confess that Jesus Christ is Lord, to the glory of God the Father.

The God we worship is one God, existing in three persons; Father, Son and Holy Spirit. The term “Godhead” is mentioned in the Bible three times:

“Forasmuch then as we are the offspring of God, we ought not to think that the Godhead is like unto gold, or silver, or stone, graven by art and man’s device.” (Acts 17:29).

“For the invisible things of him from the creation of the world are clearly seen, being understood by the things that are made, even his eternal power and Godhead; so that they are without excuse.” (Romans 1:2.

“For in him dwelleth all the fulness of the Godhead bodily.” (Colossians 2:9).

Now let’s look at a passage from the Qur’an about Allah:
Quran, 5:73 (Yusuf Ali), “They do blaspheme who say: Allah is one of three in a Trinity: for there is no god except One Allah. If they desist not from their word (of blasphemy), verily a grievous penalty will befall the blasphemers among them.”
It is quite clear that Islam rejects the teaching of the triune God. Not only do they reject this, but they call anyone who believes it a blasphemer!


SHIRK: THE WORST SIN A MUSLIM CAN COMMIT IS CALLED SHIRK.
Shirk is the belief that God has a Son. It is the unforgivable sin in Islam.

“O People of the Book [Jews and Christians]! Commit no excesses in your religion: Nor say of Allah aught but Truth. Christ Jesus, the son of Mary was (no more than) a Messenger of Allah and His Word which He bestowed on Mary, and a Spirit proceeding from Him. So believe in Allah and (all) His Messengers. Say not “Trinity!” Desist! It will be better for you: for Allah is One Allah. Glory be to him: [for Exalted is he) above having a son! To Him belong all things in the heavens and on earth. And enough is Allah as a Disposer of affairs.” (Qur’an chapter 4 Surah Nisaa verse 171.) [emphasis added]
I find it so interesting that in Christianity, the only way to heaven is through God’s Son, Jesus Christ. We must believe that Jesus is God to be saved!

In Islam, the only unforgivable sin is to believe that Jesus is God. Can you see the devil at work here? It is blatant!

Pastor Rick Warren and his followers introduced Chrislam to the world. It truly amazes me that some of our so-called leaders in Christianity can have zero discernment. In an attempt to unite the world, they are turning their backs on the Bible and the essential doctrines of our faith.

My husband and I used to watch Hillsong services on television. The music was amazing and so worshipful. We thought that Brian Houston, the pastor of Hillsong, was solid in his teaching. A few months ago we were horrified to see that he told his congregation that Allah and the God of the Bible were the same. Needless to say, we stopped watching and listening to him.

There are MANY Baptist pastors aligning themselves with Rick Warren and Chrislam. Most keep it secret. A pastor of the FBC of Richmond, Jim Somerville, does not keep it secret. He boldly claims that our God and Allah are one and the same. He told me that Muslims simply see God through the lens of the Qur’an!

The head of the Baptist Association in our area hopped on the Chrislam bandwagon over a year ago. He spends much of his time with imams and invites them to many Baptist churches.
I have said it before and I’ll say it to my final breath–I believe that Allah is actually Satan.

In a previous article on Replacement Theology, I named church denominations which teach this heresy. The same churches are beginning to tell their congregations that our God and Allah are the same. Catholicism has always taught this lie.

This is from the book of Catechism from the Roman Catholic Church:

841: The Church’s relationship with the Muslims. “The plan of salvation also includes those who acknowledge the Creator, in the first place amongst whom are the Muslims; these profess to hold the faith of Abraham, and together with us they adore the one, merciful God, mankind’s judge on the last day.”


I unapologetically call Catholicism a cult.

The National Cathedral, where the Muslim service was held, is an Episcopal church. This is one of the churches mentioned in my previous article. They teach Replacement Theology, they ordain gays, they detest Israel, and are boycotting products made there. Obviously, they support the Palestinian cause.

So, why should we be surprised that they are now worshiping Allah?

When churches do not follow the Word of God, and no longer consider the Bible as the inerrant and “Holy Spirit breathed” Word of our God, they are vulnerable to becoming deluded and spiritually dead.

“Now the Spirit speaketh expressly, that in the latter times some shall depart from the faith, giving heed to seducing spirits, and doctrines of devils” (1Timothy 4:1).

I am SO thankful that there are Christians who still hold fast to the Word of God, no matter what they hear or read! Hallelujah!!!

You are being as the Bereans were:
“These were more noble than those in Thessalonica, in that they received the word with all readiness of mind, and searched the scriptures daily, whether those things were so.” (Acts 17:11)

The Bereans received teachings enthusiastically, but still went to the Word of God to make sure that what they were taught lined up with the Word of God!
Are YOU in one of these apostate churches? RUN, do not walk to the nearest exit!

It's the Devil's plan, in these last days, to convince the world that the God of Abraham, Isaac and Jacob, and Allah, are one and the same.
Like
Comment
Share 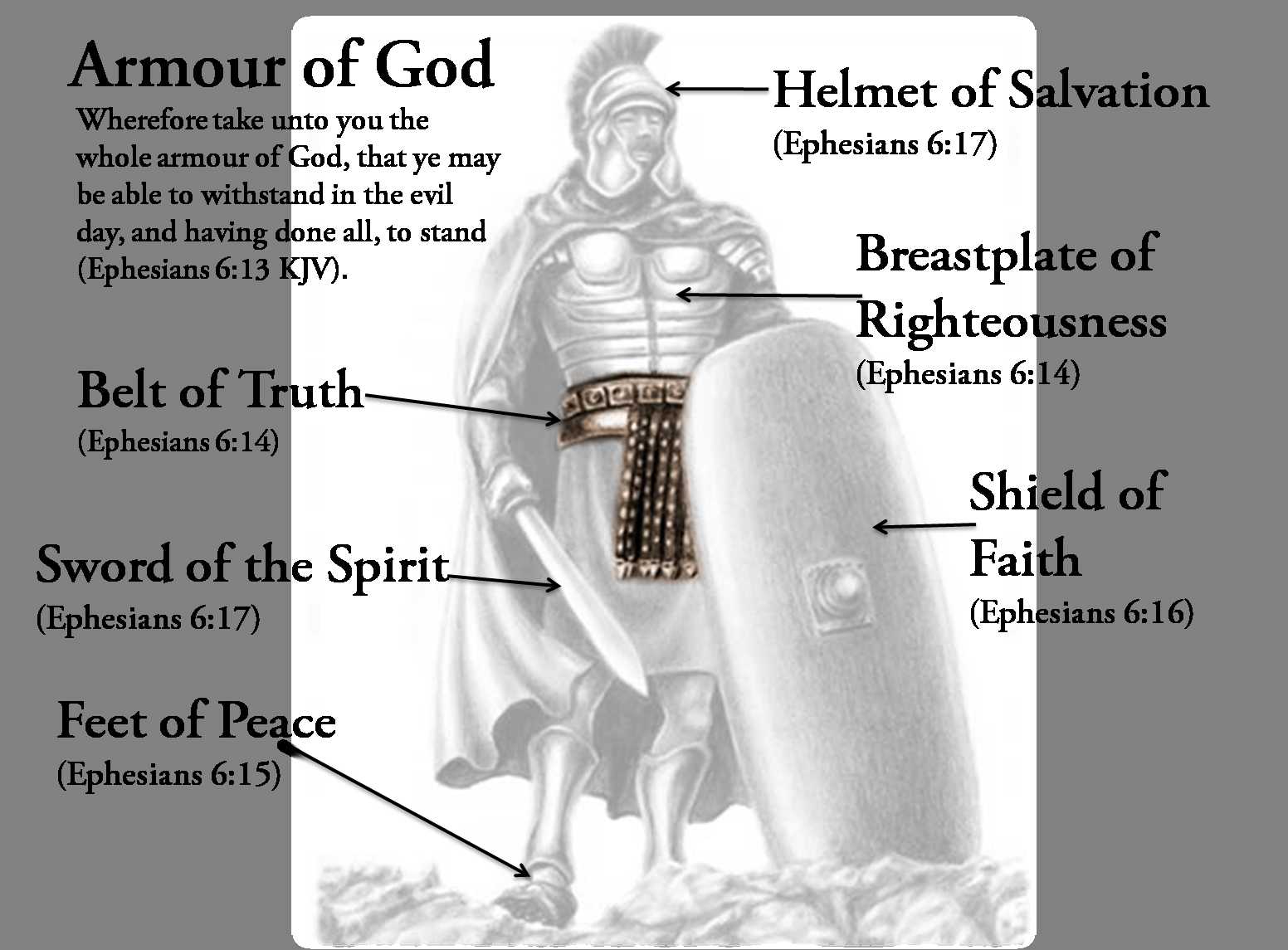 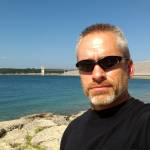 1. a servant of the living GOD Almighty, creator of heaven and earth; a Christian and a follower of, JESUS Christ, who is the Son of the Living GOD Almighty; and, whose steps are guided by the Holy Spirit of GOD;

2. a Christian warrior, and a handmaiden of the Watchmen of GOD;
+ help exposed the enemies of, GOD who are advocates of Satan here on earth (Illuminati, NWO, U.N./One World Government, Deep State, Global Elites, Shadow Government, etc.) based on the watchmen's prophecy, predictions, and warnings, found in the, Book of Revelation, of the, HOLY BIBLE;

6. Hobby is singing; and a professional singer (jazz/standards are my specialty); played with a band in Seattle that played all over the State of Washington (sometimes, part of Portland, OR), from 1985-2005;

My being a widow had never stop me from living life to the fullest, as GOD made it all possible for me, as my life is literally dependent on Him in everything.

Who I would like to meet:
The Jewish Messiah, JESUS CHRIST/Yeshua Hamashiach!!

Any person and/or institution and/or Agent and/or Agency of any governmental structure including but not limited to the United States Federal Government also using or monitoring/using this website or any of its associated websites, you do NOT have my permission to utilize any of my profile information nor any of the content contained herein including, but not limited to my photos, and/or the comments made about my photo's or any other "picture" art posted on my profile. You are hereby notified that you are strictly prohibited from disclosing, copying, distributing, disseminating, or taking any other action against me with regard to this profile and the contents herein. The foregoing prohibitions also apply to your employee(s), agent(s), student(s) or any personnel under your direction or control. The contents of this profile are private and legally privileged and confidential information, and the violation of my personal privacy is punishable by law. 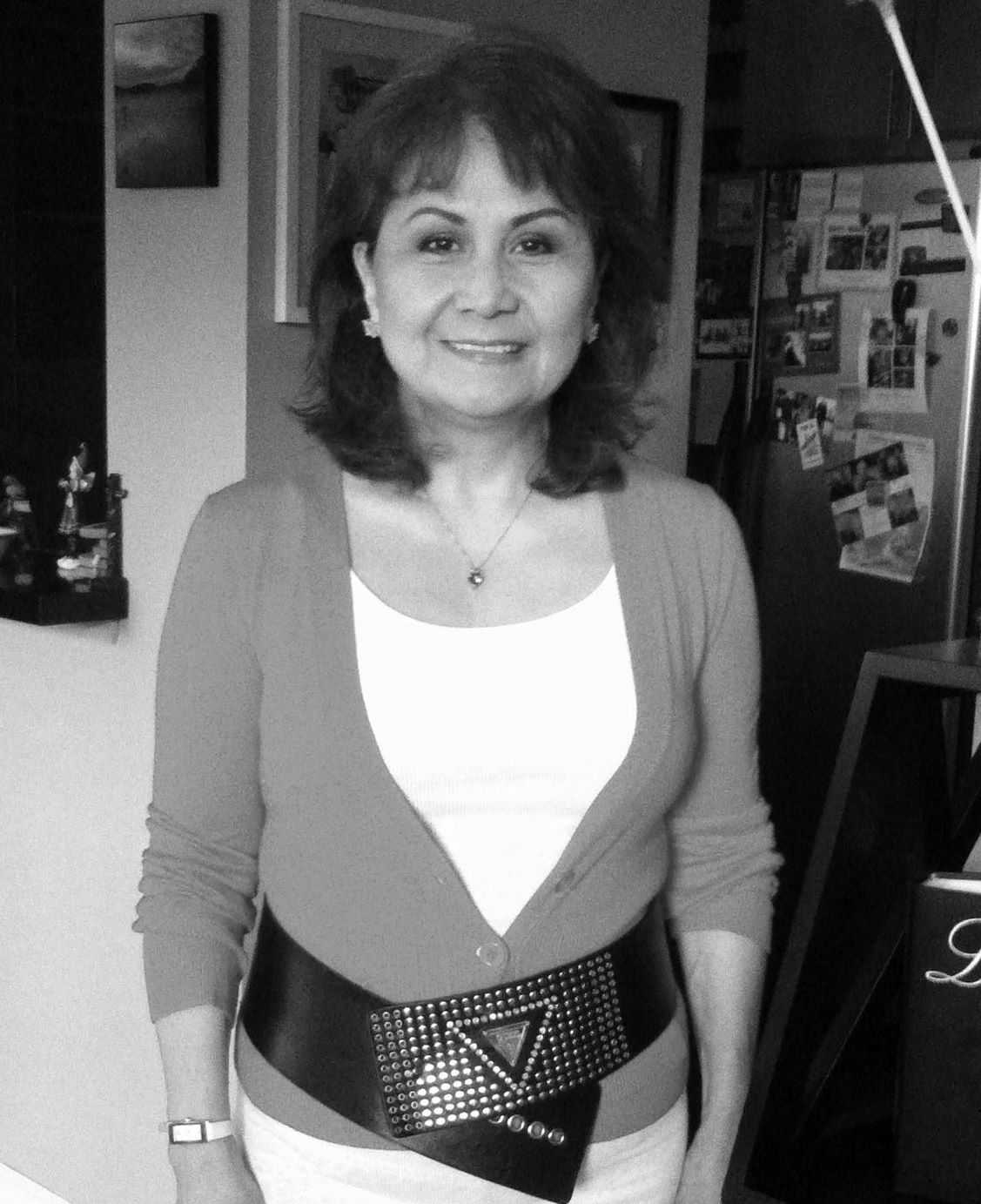